No. You can't be Catholic and 'Proud to Be Gay', mate 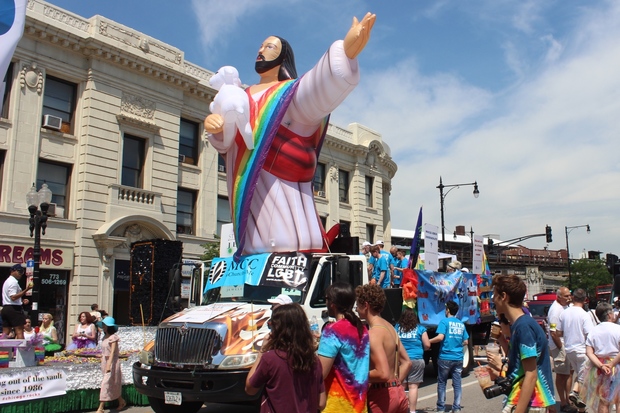 "A U.S.-based coalition of dissenting Catholics, whose backers include wealthy non-Catholic funders, is sending a small group of LGBT activists to World Youth Day in Panama to engage with media and pilgrims and to challenge Catholic teaching and practice they say is “harmful.” " - cna

If this so-called 'catholic' LGBT group wants to challenge Catholic Teaching, they first have to show that there is a conflict between the Teachings of Christ and the Interpretations of the Catholic Church. However, this is where they will run into a problem, as the Bible clearly places proscriptions on homosexual inclinations.

The LGBT movement is basically demanding that the church 'pogresses' from absolving sins, to absolving sins AS sins. Mull over that for a moment if you will.


Of course, they can avail themselves of a black marker and ruler and black-out all those passages in the Bible that they deem to be 'bigoted'. And thereafter, all other interest groups from capitalists to adulterers can do likewise to justify their actions and absolve their sins with the stroke of a pen. That just undoes Christianity through and through wouldn't it.  And in this, 'Catholic' LGBT 'girls' and 'boys' and those betwixt, your movement would be a movement against the entire church and Christianity itself.

Hence, to continue to demand that the Church give homosexuals and transgenders, and the whole medley of related sexual perversions the 'go-ahead', is to demand that the Church remove such activities and inclinations from the list of sins that require repentence, remorse and introspection. It is, in essence, an expectation that the Church becomes representative of the apetites of the day. The LGBT movement is basically demanding that the church 'pogresses' from absolving sins, to absolving sins AS sins. Mull over that for a moment if you will. 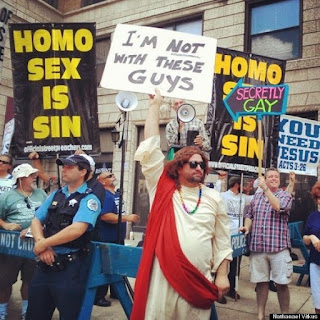 Of course, one could argue that Jesus did not explicitly say, 'Thou shalt not shag thy samesex neighbour'. And it is highly unlikely that part of the Sermon on the Mount saw Christ stating, 'Verily i say to thee, thou shalt not shag sheep', either. But that doesn't make either right for want of the Christ saying it's wrong.

The interpretation of the Teachings of the Christ requires some sensible extrapolation from what he said. For instance, in relation to lust, He said,

"...whoever looks at a woman with lust has already committed adultery with her in his heart." (Matthew)

Jesus did not say,

"...whoever looks at a woman with lust has already committed adultery with her in his or her or transgender or bi-gender heart."

The operative word here is 'HIS', which assumes the normalcy of heterosexuality. Jesus was well aware of the the previous teachings of the Torah on homosexuality that cast it as abhorrent. If he had a problem with that, he would have been gender-neutral in his statement, or said something about 'the freedom to love' and how it did not matter if sex and marriage was between two people regardless of gender. 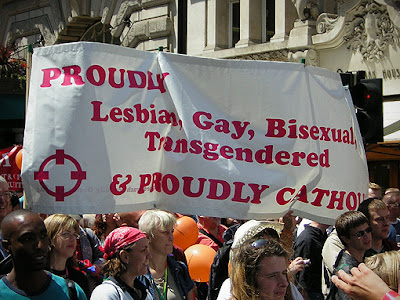 Jesus was here to address the overarching idea of sin in quite a few areas. When one is mindful of not contravening those, or viewing it as really bad sins, one will not move on to committing other worse sins that require the disregard of these overarching and comparatively lesser sins.

The problem in the west lies with the validation and promotion of adultery, sexual promiscuity, indecent dressing, etc, etc, in the western media and culture since the 60s. It is the initial stage of the 'freedom to love' movement in the west, which I term as Sexual Consumerism.

One after another, more obstacles to greater sins were demolished in the west, till we reached the homosexual-promotion of the western media now, and which in turn, in principle, validates anything between 'two or more consenting adults' under the moral guise of 'the freedom to love'. Bisexual marriages, groups marriages, incestual marriages, are all morally validated in principle. To them, adulthood means that your choices are right. The west does not realise that It is not adulthood that makes your choice right, but making the right choice that makes you an adult.

In this propagandic march toward Sexual Consumerism, which is the final manifestation of their Consumerist ethos, even western news powerhouses like the BBC has unleashed a barrage of homosexual propaganda by bashing the Church as an institution itself by giving continuous air to the debauched behaviour of some of its clerics on the one hand, and promoting homosexuality, and even ridiculously going so far as to validate it by using examples of animals that engage in homosexual behaviour on the other and how that makes it normal.

There is no doubt that there is quite a problem, and especially, within the western Catholic church with regards to sexual abuse. But when this is highlighted alongside homosexual-promotion, WITHOUT any effort to look into the overarching and grossly sexualised milieu that is the west, and how this can contribute to sexual deviance within the Church itself, amongst other fronts, the end result becomes an attempt to eradicate moral beacons such as the church, whilst giving a full frontal Monty to the LGBT movement and to sexual consumerism, and which is all a part of the overarching mindless consumerist culture of the west that is a logical follow-on of Capitalism.

And this must also be appreciated alongside the BBC's efforts to demonise religion for quite a few years by its focusing on religious fanaticism and stories of ridiculous behaviour in the name of religion throughout the world and its untoward consequences, without balancing it with reports on the good works performed by numerous religious organisations and peoples, or the profound and beautiful aspects of religious observances, practices and philosophies throughout various cultures in other climes.

In sum, these so-called 'Catholic LGBT' groups are anything but Catholic or religious in the traditional sense of the word. In their challenges to the Catholic and Christian orders, they have effectively excommunicated themselves as their opposition to the Church's stand against homosexuality disregards the idea of Christian morality and sin. For them, being amoral is evidence of their being free, and in that, the Church has to either be incorporated or discarded. That is as perverse as the Church of England having a priviliged, exploitative and class-validating Queen or King as its head.


What they are attempting to do, albeit unwitting, is to turn the Church into an organisation that validates every activity that gains mass appeal or support as alright. It seeks to undo the Church, and Christ himself, as moral guides and remake the image of God in their image. In the long run, the Church would become superfluous in such a role as the state itself is already playing the role of validating any inclination of the people on purely populist grounds.

In fact, this whole LGBT movement is also a part of a white supremacist colonial legacy and mindset that views any inclination of the west as natural, and which has continually, wilfully, and arrogantly disregarded any culture, philosophy, religion that runs in opposition to it. Overarchingly, this is a movement against all cultures, religions, philosophies, and wisdoms of all non-western cultures of the world, and which is in favour of the world, yet again, following the lead of the west.