The Value of Division 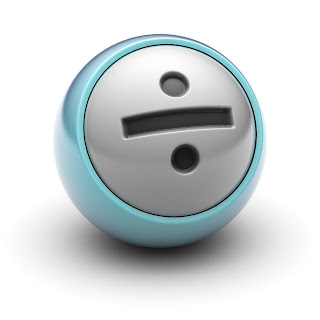 "At the opening ceremony for World Youth Day in Panama on Thursday, Pope Francis asked participants to let themselves be united across lands and cultures by the love of Christ.

“We come from different cultures and peoples, we speak different languages and we wear different clothes. Each of our peoples has had a different history and lived through different situations. We are different in so many ways!” he said.

The Pope asked the youth to say yes to the love of Christ through a culture of encounter, which unites people from different places and cultures.
Pope Francis: “...we know that the father of lies prefers people who are divided and quarrelling to people who have learned to work together.” - cna

So is Jesus the 'father of lies' then? Let's not shun division as an evil in itself shall we.

Today, people are diving straight into a Techapocalyptic world where more are becoming mindless drones led around by the invisible wifi thread like a leash on their souls and a muzzle for their minds. It is the most potent medium via which consumerism, hedonism, pansexualism, is propagating globally, corrupting the future through the youth, fast becoming the order of the day, and serving as the theological foundation for a New World Order where people are made prone to reaction as opposed to cogitation.

Such a people are easily led by the elite, with truth and the maximal development of the Self sacrificed on the alter of immediate gratification.

In such a world, to not question it all and possibly cause division, makes one part of the problem.

The overarching context within which the western pope Francis said these words is fine. In itself, it certainly isn't. He is talking about cross-cultural appreciation, which is good, and severely wanting in the western world. Cross-cultural appreciation is not unlike being open to new ideas and contradiction. It helps us detect the deficiencies within our own way of looking at things, the things we take to be the norm, and gives us an insight into what else we can be besides what we are accustomed to being.
Hence, pope Francis has done good in highlighting this, though an explanation such as that forwarded here is wanting.

Unfortunately, i cannot help but wonder why he isn't realising that if cross-cultural appreciation is good, then why are just about all popes white? So he needs to do a bit of thinking here, and realise how this narrows the global vision to look west and nowhere else.

As for saying that the 'Father of Lies' likes division, well, given the context, it is good, but generally it isn't. Division is a product of conscientious introspection. Just as new life emerges from the womb through the division of cells, through the dialecticism of cross-cultural appreciation and introspection, we are reborn with a wider vision of our own potentials. Hence, such division can only lead to multiplication.

I (attempt to) live in a chinese civilisation, and the people here also work together in 'harmony'. But their 'harmony' is based on people taking inequality and injustices as the norm, compensating for it, working their way around it, and hence being underdeveloped by it. Harmony results, but only in making less of yourself and all around you.

Hence, Harmony is not a good in itself. It is the means by which Harmony is brought about that determines whether it is or not.

Harmony brought about despite evils perpetuates it. But Harmony established in contention with evil renders us all greater the path to self-development wider, and enables us to make more of ourselves through each other ad infinitum.