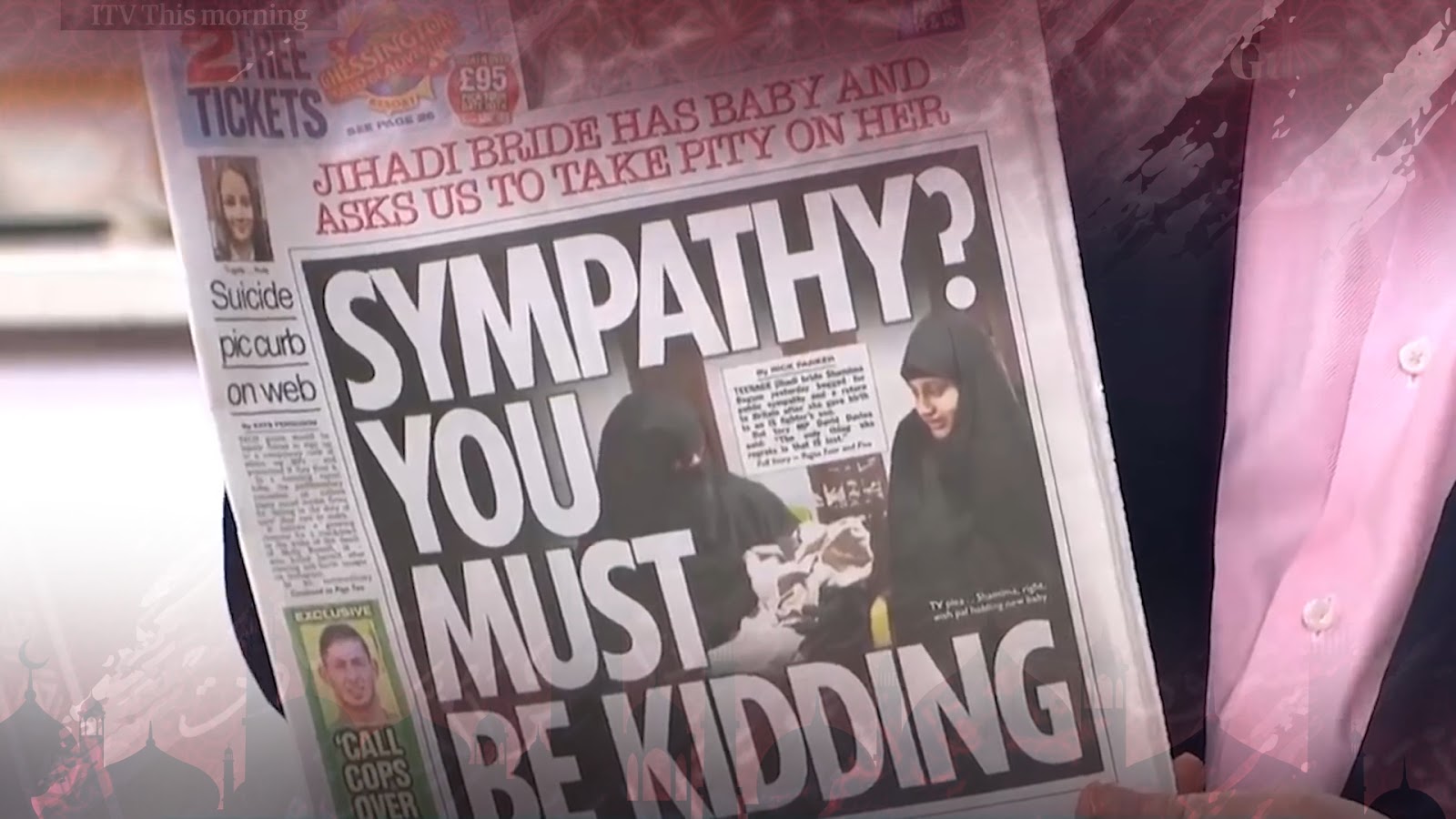 Britain has decided to revoke British, Shamima Begum's citizenship because she joined ISIS.

The UK Home Office is arguing that Shamima has another (Bangladeshi) citizenship (which the family has denied), so they are still observing International Law by depriving her of her British citizenship as that would still enable her to return to her other alleged nationality.

Whether this is true or not is irrelevant.  The first point - that a citizen is subject to the laws of the state is paramount.  To refuse to subject a person to their laws and yet revoke her citizenship citizenship is a contradiction where one is being told simultaneously that one is not eligible to be punished under the law, but is to be punished by having their citizenship revoked.

When a person is granted citizenship, they are given equality with ALL citizens, be they descendents of many generations of 'locals' or not.  To treat Shamima differently is to cast ALL naturalised citizens as 2nd class citizens compared to those of many generational heritage.

You cannot have one law for those of a single British citizenship, and another for those with dual nationalities.  If the UK Home Office wants to treat them differently, they cannot offer naturalisation in the first place as that assumes equality under the law.  This act by the UKHO contradicts the principle of 'equality under the law'.

If a man in the UK can be charged for having underage sex with her at that time, it would be because she isn't of, 'the age of consent', which means that she is not old enough to be responsible for her decisions.

Hence, the same applies for 'her decision' to join up with those Isis guys.